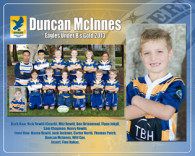 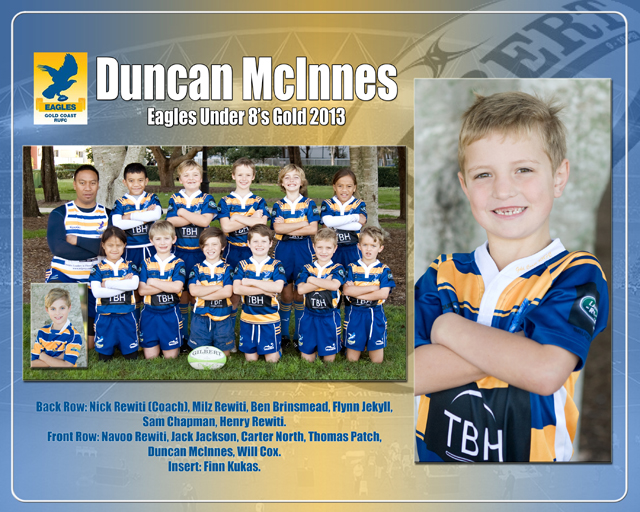 Just a brief note to thank you so much for the great job you did with our Eagles Rugby Club team photos.  I have 3 boys in the club and all of the photos were fantastic.  I will be in touch in the future for some new family shots. 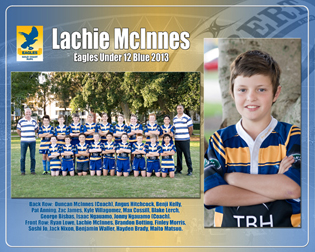 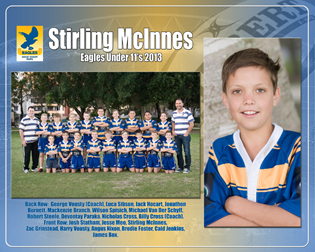 It’s always great to hear positive feedback from families with regard to photographs of their children.

I love to see the enthusiasm and commitment in the faces of our young sportspeople – some of these guys take their codes very seriously!  I find it a challenge to get the rugby boys to smile, they are so busy being tough!

As you can see I took the individual photos for these sports teams in front of a tree.  I did that because the trees provided a lot of shade but still gave me plenty of indirect light, and the trunk of the tree blocked out the messy background that was very busy with brightly coloured cars etc.  It’s always good to take a couple of minutes to find the right location with your sports team photos, and make sure that the background is clean.  There’s nothing worse than having a bunch of random people milling around in the background.  If you get the positioning right to start with it will save a lot of time in post-editing later!

We also had quite different lighting for each of these team photos.  It was an afternoon shoot and the light was changing rapidly, so I moved the boys around the tree to work with it as best I could.  I had placed the 2 larger teams in a big patch of shade that was being cast by a large tree off to the left of the picture.  This meant that there were no large contrasts on the faces due to the sun hitting from one side and the other side being in shadow.

I only had 15 minutes to shoot each of these teams so it means working really fast.  The team shot takes at least 5 minutes to set up and then with 15 players in a team that only leaves 30 seconds to grab an individual photo of each player.  So I had my running shoes on!  I had the coaches write down the players’ names as I photographed them individually and then I could match them up with the team photos, but another option is to grab the names of the players when they are in position for the group shot.